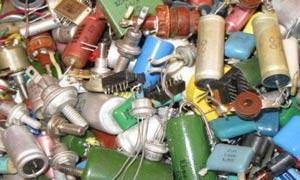 Everyone has heard about such a concept as “electronic components” – the components of electronic circuits. Among the people these components are known as “radio components”. Where did this name come from, and what is in common between radio and electronic circuits? In order to find out about the difference, you’ll have to look into the historical background (beginning of the 20th century). Then the most well-known and most complex technical equipment was radio. And electronic parts used in the manufacture and assembly of radio receivers were called radio components. This name was firmly entrenched, entered into everyday speech and began to be applied to electronic devices, even when they had nothing in common with radio receivers.

Here is a small list of old technique with radio components which includes a high content of precious metals.