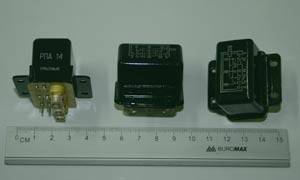 The relay is a part used in radio electrical appliances for opening or closing in the circuit of an electrical circuit. It is an aluminum box with contacts inside it. This element has been widely used in instruments and equipment since the 1950s in various countries, including the USSR. It was in the Soviet Union that contacts were made only of pure precious metals, and also of rare metals. Silver, gold, iridium, platinum, palladium were used. In those days, these parts were completely made of such metals; more modern parts are only covered with precious metals. Since the nineties, they have been replaced with microcontrollers.

When dismantling, disassembly of any equipment, there are various RECs and parts that are not necessary, illiquid, which cannot be used in other equipment. Thinking of releasing a warehouse, a garage from them, just taking them to the dump? And you did not think that you can get money for such details? Turning to us, you will get a significant benefit from the old parts. 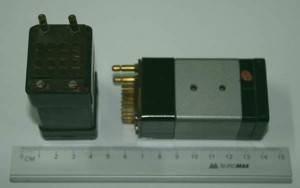 Our firm acquires at a high price various types of radio parts of the production of the Soviet Union, although you can offer us the details of other manufacturers. We will consider your offer. The greatest cost for parts which contacts were created from the iridium/platinum alloy. These metals are always in demand, their cost increases. The products are evaluated according to the exchange rate of the relevant exchange (London) on the day of payment to the client.

It should be noted that the amount of precious metals is directly dependent on the types of relays.

We buy new and used RECs (parts). The most valuable are those produced in the Soviet Union, when contacts were made from the rarest and valuable metals, for example, palladium. Products produced before the seventies, were made from a large number of rare-earth and expensive metals (platinum, rhodium). In later years, these radio components contained silver in large quantities. We get them in assembled form, scrap, parts of the relay. Contact us for clarification whether your product is suitable for further processing. We buy a relay large and small in bulk, in small quantities, one-piece and also groups of contacts in the collection, disassembled, broken (buy on weight).