Carbon instead of silicon in the computers of the future? 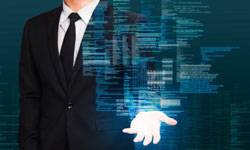 Researchers in the field of physics and chemistry have created an innovative system for computers of the future, which is able to work on a carbon basis, without the use of silicon. The advantage of such a computer, which includes new transistors, is the highest level of performance. Such systems for calculations differ significantly from similar (customary silicon ones) by structure.

How the carbon computer of the future will work

Engineer Eric Johnson, who works at the School of Engineering and Computer Science at the University of Texas, created a unique computer system based on carbon; he believes that in the near future, carbon can replace silicon transistors, which now work in modern gadgets. It is worth of mentioning that most of the researches and experiments had been developed and conducted by the professor of computer and electrical technologies Dr. Joseph Friedman during his doctorate study at Northwestern University. As a result of research activities, a computer system appeared which was based on the use of carbon in the logic of the computer. The professor himself is absolutely sure that such computer systems will be of much smaller size than the current ones, based on silicon transistors.

Today’s electronic gadgets work on transistors, i.e. tiny silicon structures that allow negatively charged electrons form an electric current passing through silicon. A transistor is a kind of switch, which turns on and off the current conductivity. In addition to the ability to conduct electrical charges, electrons also have magnetic properties, called spin (angular momentum). In order to create new classes of transistors for modern devices, the physics engineers carefully study the possibilities of using of electron spins. This direction in science was called Spintronics or spin electronics.

Joseph Friedman assumes that the spintronic carbon switch should function as a logical gateway. It will work on the basis of the electromagnet principle: the charge of electricity, when passing through wires, creates an electromagnetic field that covers these wires. In this case, the magnetic field surrounding the two-dimensional carbon tapes (graphene nanotapes), can affect the electric current that goes through the tapes. Silicon transistors that are in our computers are not capable of producing this phenomenon, since their connection is by means of wires: the output of one transistor is connected to the input to the next wire, that is, a cascade connection.

The design of the spintronic chip of the future

The construction proposed by Joseph Friedman includes electrons that pass through a nanotube of carbon that can create magnetic fields. These fields exert a certain influence on the conductivity in the nanotape from graphene, thus providing not a physical connection of the cascaded logical gateways. In connection with the fact that graphene nanotapes interact with each other not by the physical movement of electrons, but with the help of magnetic waves, the professor believes that the speed with such interaction will be much more higher; it will be possible to calculate the clock speed in THz. Also, which is more important for future devices – carbon “components” will be of smaller size than the current silicon ones, simply because of the properties of silicon and carbon.

It should be specially noted for fans of new and ultramodern devices – only one computer system has been created to date, but research is still in process. But the work continues, and we hope that soon we will be presented with a working prototype called now the carbon cascade spintronic computer system. At the moment, they continue to work on it in the laboratory “NanoSpinCompute” (Dallas, Texas).