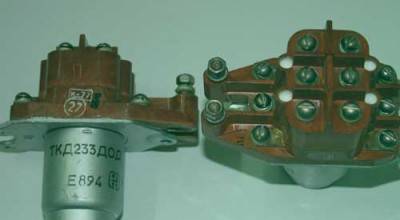 The contactor (from Latin – adjoining) is a two-position electromagnetic device that is designed for frequent remote on/off switching in the normal operating mode of the electrical circuit. The contactor is a kind of electromagnetic relay. The most common one and two-pole contactors for circuits with direct current and three-pole for circuits with alternating current. Since the switching frequency (on/off periods) often varies from 40 to> 3500 times/hour, the devices are subject to high demands for mechanical and electrical resistance.

According to the drive of contact systems, it can be:

The main characteristics of the device include:

The contactor consists of a coil of wires. Inside the coil there is a core mechanically connected to the closing/opening electrical contacts. The closing contact is designed to close the circuit through which an electrical current is flowing, the open contact opens the circuit and stops the current. The frame, designed to ensure the strength of the coil and cool the elements of the device, is copper or steel.

The coil of the electromagnet receives voltage; the core, on which acts the magnetic field, moves upward, which is why the circuit closes and the current appears. Than an electric motor or other equipment turns on. After the electric power is turned off, the core is returned back, the circuit is disconnected, and the equipment is switched off. The contactor is switched on/off by means of a special device having the Start/Stop buttons.

They are applied in those cases when it is necessary to:

It is necessary to say that it is possible to install additional modules on the contactors: thermal relays, time consoles, interlocks. Combination of the contactor and additional objects receives a more perfect instrument.

Contactors are not permanent. They have a certain period of operation, after which the device must be replaced, and the old one must be disposed of correctly.