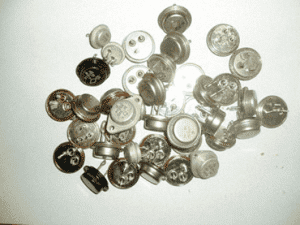 Radio components and precious metals in them

If you have no idea where to put the old parts and radio components and think about throwing them away, think twice before doing this! Firstly, they can harm the environment. Metals in radio components decompose and release harmful substances into the soil under the influence of chemical reactions. Sometimes it causes irreparable harm to the environment. Well, and secondly, you can sell them profitably to our company, at very favorable prices for you. Double effect from old parts.

There are several kinds of metals in the radio components, such as: stainless steel, aluminum, copper (and their alloys), as well as gold, silver, platinum group metals, rhodium, and tantalum.
Today, the most of the precious metals could be found in the old Soviet equipment: in the electronic computers of the last century, in old computers. As well as in control units installed earlier on military equipment, radio engineering devices, old telecommunication equipment.

В The chip contains mainly gold. It is on gilded terminals, pressed into a plastic or ceramic case. Gold is applied to terminals in the amount of 1-10% by a galvanic method. The share of gold-plated pins in the overall weight of the chip is 30%. Plastic chip contains 0.2 – 1% of gold, ceramic 1 – 5%.

Previously, in old technology lamps, gold was applied to a grid in the immediate vicinity of the cathode. The gold coating was necessary so that the cathode heated by the cathode could not become the source of the appearance of electrons. Also, there are very old lamps, in which even the feet are covered with gold, to increase the service life and for reliability. Basically, such radio tubes were used in military equipment.

The transistors contain gold as a substrate under the conductor. The content of a noble metal depends on the type of transistor and varies in measure 0.3 – 2%.

This type of electronic components is extremely diverse in form, size, and composition. The condensers used in military radio stations are the least frequent. In them, the greatest content of gold is 7.7 grams, silver – 50 grams.

In addition to gold, other precious metals are contained in radio components.

This is the most common metal in electronic components. But most often it is used for smearing with micron layer connectors, chips, transistors, diodes, relays, capacitors. Silver technical is present in its pure form on the relay contacts.

It is used in the production of contacts in communications equipment, in electrical resistances, as well as in cathodes in X-ray apparatuses and in thermocouples.

This rare metal is contained in electrolytic capacitors of high capacity
It should be separately noted that the high content of this precious metal can be found only in Soviet-made radio components, as it was used to create reliable parts of high-quality. 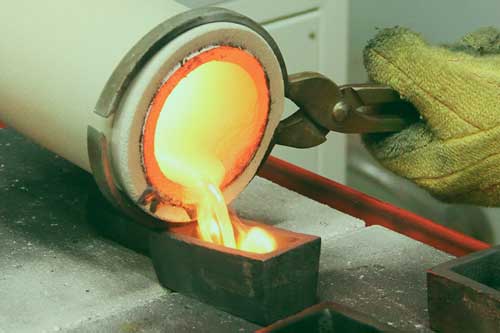