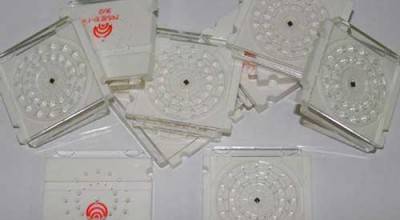 History of the creation of the microcircuits

Just a quarter of a century ago, radio amateurs and electronics specialists had difficulty refusing to use electronic tubes in favor of new semiconductor parts called transistors. And today, transistors make a way to semiconductors of the newest generation – IMC (integrated circuits).

Microcircuits can be called as a miniature electronic unit. Such electronic component as transistors, resistors, diodes and other active / passive electronic components are situated in one general shell. The number of these radio components in one increases several thousand. One single modern microcircuit is able to replace a large radio block of any electronic equipment (a calculation device, a computer, a phone and even a wristwatch). Modern microcircuits are widely used in various fields of the electronic industry, medical equipment, aircraft construction and, naturally, in the military sphere.

Microcircuits can be in plastic, metal, ceramic case. This also determines the price at which we buy used ICs. Also the price directly depends on the functional value, which is determined by the marking on the case.

Although widespread use of microcircuits began relatively recently, but the development of this unique radio component began more than fifty years ago, when the American engineer Jack Kilby introduced his boss the first working prototype in 1958.

According to the way of production technology, the chips are divided into

By the type of signal that process the device data 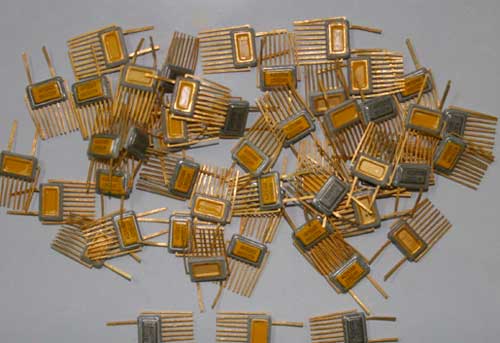