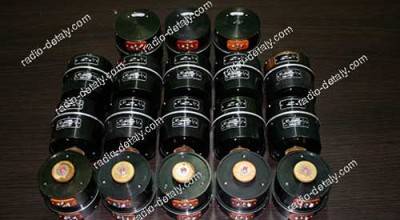 The emergence of the term “radio components”

Nowadays, electronic components are widely used in all devices. Many radio components (transistors, resistors, diodes, capacitors) began to be assembled as a single electrical microcircuit, which looks like a complete device of the LIC type (large integrated circuit).

Classification of electronic components, which are used in radio circuits.

Resistors, with a nominal dissipation power from 0.063 to 10 W, can be divided into constant, variable, trim. The power of permanent water-cooled resistors can reach 200 watts. This type of resistor is used to measure the current that passes through the ground bus.

All types of capacitors are designed for the accumulation and release of electric charges. The capacitor cannot be used as a direct current conductor. Farad is a SI unit of electrical capacitance, equal to the capacitance of a capacitor in which one coulomb of charge causes a potential difference of one volt It is used to smooth ripple in a DC / AC source; serves as a buffer, in order to facilitate the operation of various rectifiers; reduces the impulse noise that can affect high-sensitivity elements and their operation. 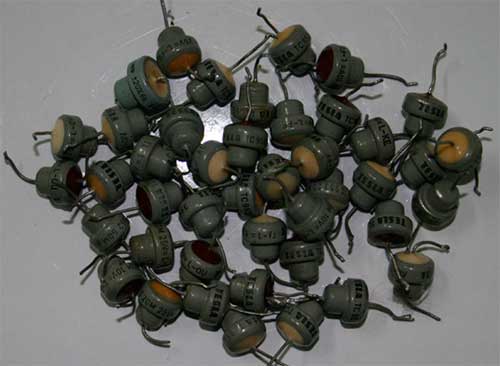 Such radio components as inductor (coil), throttle (choke), transformer are used to adjust the oscillatory circuits, change the value of voltage, current, smooth out, etc. In the 20th century, the use of transformers in the source of electrical power was widespread. Now, the classic power supply is replaced by a pulsed power supply.

Electrolamps were replaced by transistors, which are much smaller in size and more economical in electricity consumption. The main replacement factor is the size. And no wander, because a microprocessor consisting of millions of transistors, is much smaller than an electric lamp. Transistors operate on the principle of “conductivity of P / N transitions”.

Transistors can be composite, bipolar, planar, field (unipolar), and thin-film.

Diodes are semiconductors, which conduct current only in one direction. They are used in the AC rectifier, as well as in the diode bridge and functionate as protector against such phenomena as reverse polarity. Silicon is used for the production of diodes, although germanium was used not so long ago. Diodes made of different materials have different voltage drops. The germanium diode has a voltage drop in the range 0.2 – 0.5 Volts, silicon: 0.7 – 0.8 V. From these figures depends the heating of the diode. This fact is taken into account when designing electric power sources.

« We will buy generators
Microcircuits (chips) »