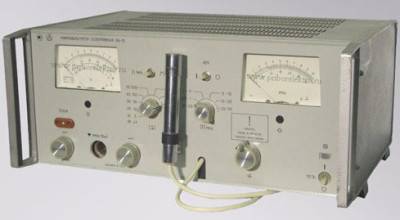 Types of the Voltmeters

Any electrical devices need to be checked. Especially, their technical specifications. Such work requires the presence of some special instruments, for example, such as a voltmeter. The very first analogue of the voltmeter was created by the Russian physicist Georg Richman. It was called “a sign of electric force”. The operating principle of this first device is still used in modern voltmeters. In the translation, the “voltmeter” means “measure”.

The voltmeter is an electrical appliance, belongs to the class of “galvanometers”, and is intended to determine electromotive force and voltage. The unit is Volts. The device is connected parallel to the source of electrical energy or to the load of the electrical circuit.

The main characteristics of the device

The voltmeter is characterized by:

The device classification is based on several indications.

The operating principle of the device.

Device design, method of use.

In this category, the magnetoelectric voltmeter shows the best accuracy and sensitivity. The electromagnetic voltmeter is more widespread, it is cheap, the design is simple, and the device is reliable in operation. But the device of this type has two drawbacks: high energy consumption, up to seven watts, high inductance of the winding. Because of this, the AC voltage of the device can have some effect on the readings. Such voltmeters are installed in power plants (in switchboards), at production facilities.

Such kind of device is produced as analog and digital. The analog has a scale and an arrow, a deviation of the arrow from the zero indexes and shows the voltage. Digital displays the value on the electronic scoreboard. A universal voltmeter can measure both a constant and an alternating voltage; it all depends on what position the mode switch is in. Comparing analog and digital voltmeters, of course, you will notice the difference in measuring. The digital will show a more accurate voltage.