“Warm time” for the EVD

All what is out-of-date gradually disappears. The old radio components are not in demand any more. They are being already replaced by the products of Chinese industry. The ancient Greek philosopher Heraclitus said: “Everything moves and it costs nothing, and what exists is likened to the course of the river, it is impossible to enter twice into the same river.” But sometimes you can use those things that seemingly long gone out of use, such as indicator lights. It is very difficult for our old radio components to compete with new-fangled “tricks”, which means that the “warm” indicator-lamp’s time has gone forever. But is it really so? Many types of indicator lamps that were produced in the Soviet Union ceased to be produced in the eighties, but they can be found in the “heaps” of provident radio amateurs, and so it is possible to recreate certain things, such as watches, working on indicator lamps. Many of the modern craftsmen create unusual products in retro style, more precisely, even in the style of steampunk with the help of this type of REC. 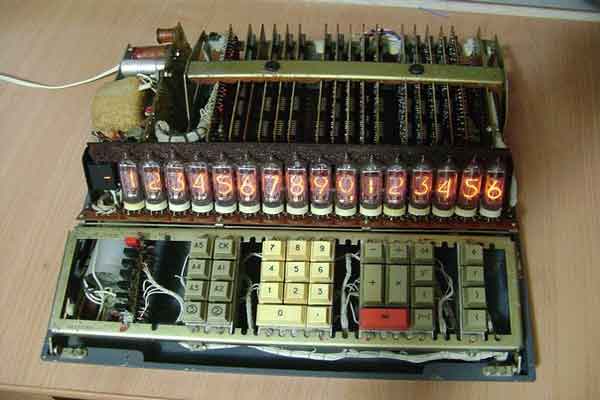 A little bit about the clock with indicator lights

Let’s talk about the amazing watch, in which combined two periods of time – the past and the future, the era of lamps and the microelectronic era. Such clocks consist of indicator lamps, manufactured in the USSR, the latest microcircuits, microcontrollers, chip resistors, chip capacitors and other modern elements. 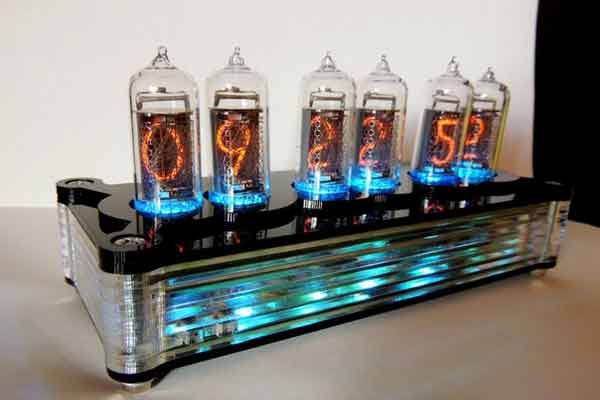 Such unique watches return us at a time when all electronics consisted mainly of EVL, when life was calm and not very hasty. Those who today make such original devices resurrect the past in our present, creating a real, new life. 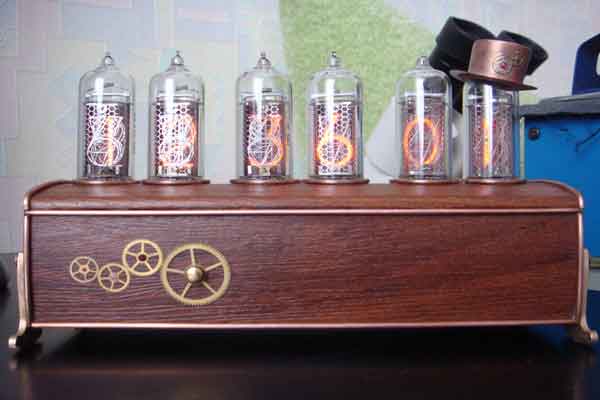 Such retro watches have not been manufactured for a long time already (at the factory). Only amateurs who are interested in this can reproduce the “apparatus” at home using original gas-discharge indicators of the type IH-14.

These watches are made in polycarbonate case (black and transparent), with backlighting, which can be of any color. The master also made a control panel for this very illumination, which can be of different colors and different brightness. There are similar watches having two alarm clocks, display the date, month and a year. 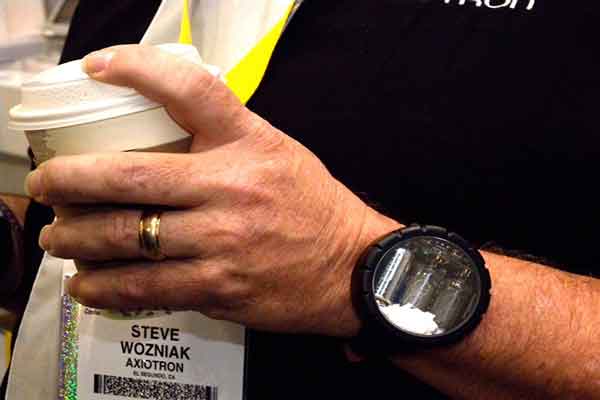 Here is another very interesting version of the clock in the style of “steampunk”, but already in a wooden case:
By the way, the price for such watches is up to 700 dollars.

By the way, do you know Steve Wozniak? Well, the one who founded “apple” company with Jobs. So he possesses such rare wristwatches, the time on which is shown by small gas-discharge lamps “Nixie clock”.