Platinum, palladium in the REC 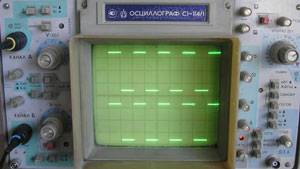 Since ancient times, gold and silver were known to people. Precious metals were of high value, because they were used in the processes of producing coins and decoration. A completely different fate was for platinum and palladium. Platinum was generally considered as dirty silver, which has no value.

This chemical is of light gray color, has a characteristic metallic luster, and has excellent properties, such as refractoriness, corrosion resistance, resistance to various acids, stable mechanical properties. This precious metal, almost 70%, is consumed by industry; it is indispensable in engineering, science. It is used to make various radioelectronic components in instruments and equipment installed on space vehicles, aircraft, ships, etc.

This precious metal was discovered by the Englishman W. Wollaston in 1803. The scientist conducted experiments on platinum ore, dissolving it in “royal vodka” and some other chemical reactions – and, behold, a new element, silver metal. As a fan of ancient alchemists who believed that celestial bodies and metals relate to each other, the chemist called the element palladium, in honor of the asteroid Pallas, discovered a year earlier.
Due to its chemical properties: refractoriness, corrosive and acid resistance, palladium is successfully used in capacitors, microcircuits, relays, contacts.

Areas of application of palladium

« Oscilloscopes (sorts and types)
The benefit from old radio components »